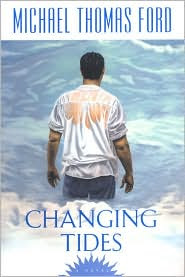 Overall
While this book started off slow (perhaps even extremely slow), I felt it was worth holding out for the ending. The style of writing was enjoyable and with the constant references to Steinbeck, I feel like something of the story (whether it was writing style or plot progression) harkened back to it, although I haven't read much/any Steinbeck, so I can't say for certain.

The development of characters is the main focus of the story, with the romantic relationship taking the back seat of the bus although it does play a critical role in plot creation. While this was a long and at times slow book, I felt it was worth the time it took. As long as you're not looking for a quickie, this is a good place to go, especially if you can find it in your library, like I did.

Strengths
Character development. Perhaps the most important part of this novel is the development of the characters as they progress from their individual roles to the braid they form with each other. Ben, who verges on socially inept, would rather spend time with sea slugs than people, especially his daughter. At least until he meets Hudson, a graduate student studying literature and doing his dissertation on Steinbeck. Hudson makes Ben more human, and Ben incidentally makes Hudson realize he's chasing ghosts, while both of them are needed to help Ben's daughter. The tiny advancements each person makes through the story is interesting to watch as each small victory often doesn't seem like a victory at all.

Final plot. While the build up is important, the end plot is well executed, both in the climactic scenes, but also in how the story is tied up. While I don't think the final sex scene was necessary (and was a little heavy handed), it was important to the characters. It was the climactic scene that did the most for me in how it forced all the characters to act and moved along their relationships at a quicker pace.

Writing. There were many detailed descriptions, specifically of the scuba diving, that were very nice, and overall the writing was good, although these same strengths made the story drag out a little, especially in the beginning when the reader wants to get into the meat of the story. In some ways the writing is just like other Ford novels, in some ways it's different in that it seemed slightly longer winded than the other books I've read by him.

Weaknesses
Speed. If I were a quitter, I may have stopped reading half-way through the book. It took me to nearly three-quarters to really start getting into the book, although I enjoyed it, it never felt like anything was happening. However, once the conflict was presented, the pace picked up and the end really came together nicely.
Posted by Unknown at 21:49