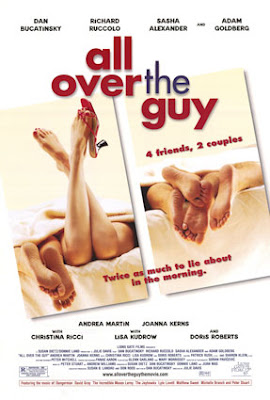 All Over the Guy - Striking a healthy, loving balance in a relationship is no easy trick, no matter what your sexual orientation. For Eli (Dan Bucatinsky) and Tom (Richard Ruccolo), a set-up first date goes horribly awry. But when they meet again later, without any pressure, a connection is made. And with a little constructive help from friends, including Lisa Kudrow and Christina Ricci, they might be able to handle a seesaw of emotions and keep things on track.

(Rent) I read a book once that was very much like this movie, but I have to say I enjoyed the book more (no surprise). One guy keeps accidentally hurting the other guy's feelings while his feelings in turn get hurt and guy two doesn't want to admit, even to himself, that he wants commitment because it just makes him think of his parents, who are not a happy couple. Overall I enjoyed the movie, although I didn't really feel like I got anything out of it. The dynamic between the two male leads is difficult, because they seem to clash constantly, which makes the viewer wonder why they are so interested in one another, although there are attempts to show the pair getting along, which helps smooth things over. Acting was good, story line fair, and overall ending enjoyable. Worth the rental fee, but probably not something I'd return to. 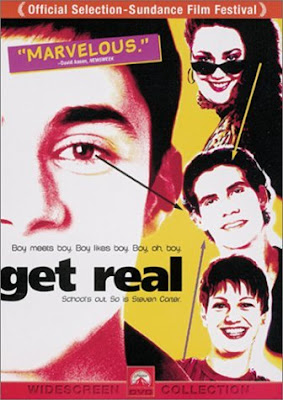 Get Real - Steven (Ben Silverstone) is an average student at his middle-class high school, but he's harboring a big secret: He's gay. His only confidant is best friend Linda (Charlotte Brittain) -- until he meets John (Brad Gorton), the school's star jock who's seemingly straight and dating a model. The boys stumble through an awkward affair that sends Steven spinning and has John more confused than ever. The film is based on a play by Patrick Wilde.

(Rent/buy) This film is longer and has a slower development, which made me restless in the beginning, but once the relationship begins to develop, the story held me. The acting was excellent, and there was enough lighter scenes to break up the heavier elements of the story-line. There were a lot of interesting characters and developments and the end didn't play out how I was expecting, which was refreshing. There were some powerful moments toward the end, and while I enjoyed the movie overall, the slow beginning and lack of anything spectacular leads me to mark this as a film I probably wouldn't watch again unless it was with other people at their behest. 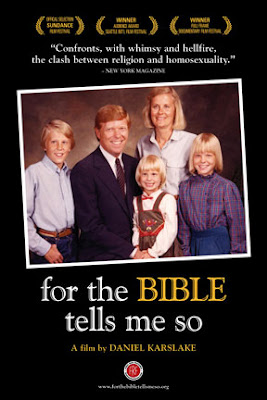 For the Bible Tells Me So - In this Sundance documentary, director Daniel Karslake goes to the Bible to examine the ways in which conservative Christian groups have used -- and sometimes exploited -- holy Scripture to deny human rights to gays and lesbians around the world. Highlights include interviews with V. Gene Robinson, the first openly gay bishop in the Anglican Communion, and Chrissy Gephardt, the lesbian daughter of former U.S. Rep. Dick Gephardt.

(Rent/buy) I'm never really one for buying documentaries, but this is one I would consider purchasing. It's well constructed and covers a wide variety of situations while being entertaining and educational. While it was long and I felt some elements could be shortened, I could also understand how the director wouldn't want to have removed any of the content. My favorite part is the cartoon that's in the middle (and can be found on YouTube here). While the documentary obviously has a goal and it works to establish and present information for that goal and in doing so may ignore some information, overall it is a very level-headed documentary that isn't meant to raise torches so much as a politely interject into the conversation on Christians and homosexuality. 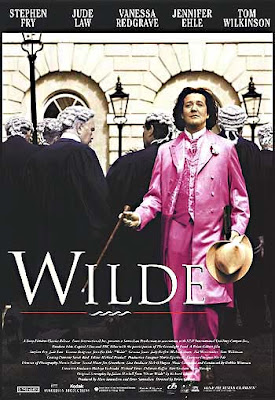 Wilde - Stephen Fry stars as playwright and larger-than-life personality Oscar Wilde in this lush historical drama based on the late Richard Ellmann's definitive biography of one of London's most prolific writers and orators. The story traces Wilde's rise to fame -- from his marriage to Constance (Jennifer Ehle) to his sweeping, torrid affair with a young Oxford graduate, Lord Alfred Douglas (Jude Law), that brought about his imprisonment and downfall.

(Rent/buy) Personal taste will dictate if this is a purchase-worthy movie. The acting was excellent, the set design was beautiful, and everything was very well done, but this is not a movie with a lot of action, while it is a longer movie. This could be distasteful for some people. I found it difficult to sit still because it did move so slowly, but I also knew what was going to happen and was not looking forward to it. However, it felt historically accurate (and from what I know, it stayed true to fact as much as one can in film and re-enactment). Definitely worth seeing, I can't help imagine this being a film schools would show students--if the content weren't so "scandalous." 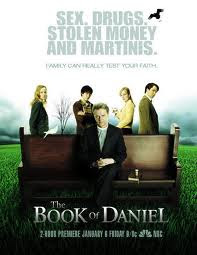 The Book of Daniel - Aidan Quinn stars as Episcopalian minister Daniel Webster, a man who talks to Jesus about his addiction to prescription medication, his son's gayness and his daughter's addiction to illegal drugs in this humorous series. Garrett Dillahunt, Ellen Burstyn, Alison Pill, Christian Campbell and Ivan Shaw co-star in the controversial NBC dramedy that ran for only four episodes before it was canceled due to pressure from certain religious groups.

(Rent) This series has the feel of Seventh Heaven meets Desperate Housewives as it centers around a minister's family, but has more outrageous drama than Seventh Heaven ever had. That is, of course, because it's a comedy although it discusses some heavy material like homosexuality and gay bashing, teen pregnancy, racism, interracial couples, drug and alcohol addictions, Alzheimer's, and extramarital affairs. It's a shame that the series was cut short due to pressure from religious groups as it would have been interesting to see where it headed, although I don't know if I would have wanted it to go any farther than one season (to avoid it from "jumping the shark"). The acting and sets were excellent, I loved the transitions to commercial and I enjoyed the "realism" of the characters (although sometimes they were, as comedy tends to do, hyperbolic of the "real" characters). Definitely worth a watch, all 6 hours of it. 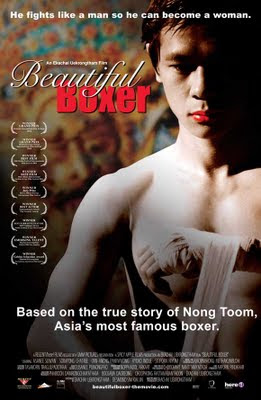 (rent) While I mark this as “rent,” I could see some people wanting to own this work of art. It is made with a dramatic and realistic craft, but the length and subtitles, and ultimately the plot, left me lackluster. I enjoyed the ride, but it didn't keep my attention. Not to my taste, but a well-done production that others may find of interest.

Kiss the Bride - Dashing magazine editor Matt (Philipp Karner) dumps all potential boyfriends when they don't measure up to his high school flame, Ryan. So when Matt learns that Ryan (James O'Shea) is getting married -- to a woman (Tori Spelling) -- he rushes back to his Arizona hometown to investigate. There, he makes another confounding discovery: He actually likes the bride. Sexual identity crises ensue in this warmhearted comedy.

(rent) The most I could call this is a charming romantic comedy where our young gay hero dashes home to save his high school sweetheart from making a terrible decision to marry a rich blonde. Overall I found it an awkward mix of comedy and poor decision making which left the story a little lacking. Some of the behaviors of the characters (such as Alex, the bride) left me raising a brow. The ending was happy but ultimately unsatisfying for me as while it didn't sadden me, I didn't feel much character growth happened, even though there was a scene that monologued each character's growth. Although the acting/set/production were all high quality, I couldn't recommend this for more than one sit down. 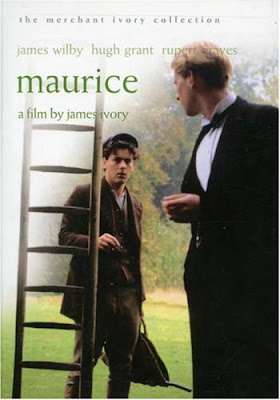 Maurice - Set in pre-war I England, this Merchant-Ivory drama (based on the controversial E.M. Forster novel written in 1914 but not published until 1971) is about the coming of age of two young college men (Hugh Grant and James Wilby) who meet at Cambridge University and fall in love. The movie casts a critical light on the era's moral hypocrisy, as Maurice and Clive struggle to make room for their forbidden love in an intolerant society.

(rent/buy) An enjoyable, if not sometimes painful, story about Maurice's struggles with his sexuality and being love in a time where such love is forbidden. I'm not familiar with the novel this is based on, but I found the story good and enough happened to keep me interested, although it was 2h 20 min, which made for a long movie. Very little in the story is high intensity, but a plot does unfold, mostly involving Maurice, Clive, and eventually another young man. This very much just follows the life of a young man from age 12 to late 20s (I'm guessing). Good, but not exciting. I think my favorite part is the discreet butler who you think is going to ruin everything but instead just makes comments hinting that he knows something.
Posted by Unknown at 19:49

I like your movie reviews. Daughter is a big movie buff, she and I were just talking about doing some over at my Place. Actually, I was just trying to talk HER into doing them for me. So far she hasn't warmed up to the idea. Boooo