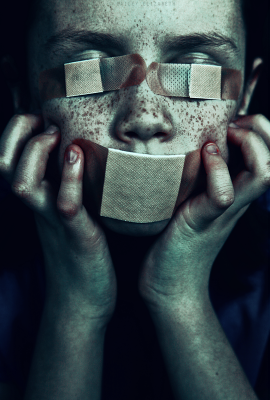 Jayden has a crappy life with an abusive father, he was sexually abused in the past, and he's poor. The majority of this story is not happy, and could be put into the camp of "everything bad that could happen, happens to him." If that's not your type of story, this probably isn't for you. The first person narrator curses (a lot) and has plenty of issues that get worked through as the story progresses, mostly through the introduction of Jayden's new neighbor Seaton. Seaton is a mystery to Jayden, and although he avoids people, he finds himself both terrified and drawn to his neighbor.

The writing is good, if not a little raw, and the story's strengths lie mostly in the narrator's voice and the intensity of the emotions. The pacing and progression of character development, both for Jayden and Seaton, is excellent as neither seems rushed nor slow as all their secrets are revealed.

Because of both their issues (mainly Jayden's), there is never any sex between them, although they do both like each other and I would mark this as a happy ever after type ending.

While this is a book that I would have loved to see go on for longer, I'm also glad it stopped when it did, one because the author didn't feel any more story was left to tell, and two because the problems are all resolved and continuing would just have been to wait out when sex scenes could happen.

It's a rather dark story, but it made me laugh and ache and made my insides squirm.

There are a few events that might not factually match up to reality, but if you're willing to forgive a few of those (and I'm not sure on most of them), it'll be fine (such as laws, the justice system, etc). There are a fair number of typos, but not enough to dig under the skin, and a reasonable amount considering the length

Recommended for: People who like angsty stories with main characters who suffer needlessly.
Posted by Unknown at 18:00