Master of the Revels by Andrew Grey 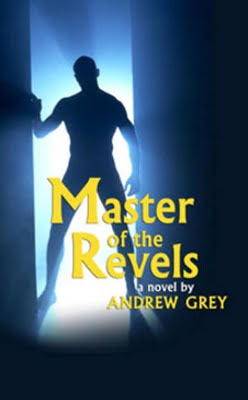 Master of the Revels by Andrew Grey
Stars: 1/5

Overall
Having previously enjoyed Grey's work, I felt confident in picking up this book when I happened to find it in a bookstore on sale. I started reading it on the train ride home and wasn't impressed. The writing felt amateur, the dialogue stiff and the characters flat. At home I checked on GoodReads and saw it had over 4 stars, so I had the glimmer of hope that things would improve--some stories just have rough beginnings.

It didn't. While there was potential for a good story, it was destroyed by straw men conflicts and poor writing that left me finishing the novel only because I can't give a proper review without giving it a proper read first. I struggled through and had to skim the last half to a third just to get it over with.

While this book was a complete dud, it wouldn't keep me from reading more of Grey's works in the future since I'm already familiar with his other, better, works.

Strengths
Plot. While I wouldn't necessarily say this is a strength, it is the strongest part of the book. A lot happens (see below why this can be bad), opening up the potential for character growth and deeper understanding that I don't feel was ever realized.

Weaknesses
Writing. While my previous exposure to Grey's writing never left me amazed at his talent, this book left me in amazement at its difference compared to his other works. It felt like it was porn, even when it wasn't describing sex, as the dialogue was stiff, the actions were listed instead of described (often with unnecessary information) and the tenses changed from past to present any time a constant was described (eg, "My house is blue" while the story was "I sucked his lip into my mouth"). My only concession to the writing is that maybe Grey was trying to imitate the narrator's voice--but if that was the goal, it wasn't successful.

Characters. This suffered from two problems: Insta-love and flat characterization. Bill and Tom meet, fall in love, face some problems and everything is okay. While I can handle some Insta-love, this felt almost too instant. Part of this could be due to the flat characters not lending themselves to forming a bond with the reader. I wasn't involved when they fell in love, had lots of sex, or had fights.

Plot. There was "too much" plot and all of it was easily resolved. The start of the book (Tom going to The Room, getting caged and defeating the previous master of the revels to be the new master) sets up how every challenge is faced. Problems are resolved quickly (within the chapter in most cases) and sometimes in unrealistic ways, often with people doing whatever they can to help Tom and Bill. The couple faces plenty of challenges, which would seem like a great way to develop character and make this an action-packed book. Sadly, it only ended up making it feel very fake and unrealistic.
Posted by Unknown at 16:51