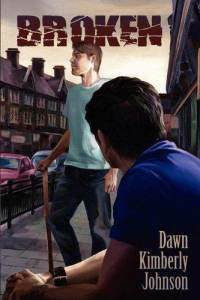 Overall
A perfectly acceptable and enjoyable novel, it did nothing to entrance me or amaze me, although it did entertain.

Strengths
Pacing. Although the pace is slower, it worked for the style of story being told as the relationship develops and then faces its conflict. while not a page turner, it is enjoyable in its own right. It feels more like a lazy day with an old friend than a day out on the town.

Ending. Despite feeling this book was unremarkable, I did enjoy the ending and the overall events that led up to it. It wasn't enough to leave me enraptured with the completed text, but did redeem the slow beginning.

Characters. The characters were interesting and definitely struggling with themselves and the circumstances. They were both fairly likable, although Eli was more difficult to like since he made everything more complicated, even if he had a reason.

Weaknesses
While I really wanted to enjoy this book, it did nothing to entice me to do that. It was acceptable, maybe even good. But it took a long time to create a bond with the characters so that the beginning of the book was a little slow as the characters took the stage. It neither thrilled me or repulsed me, leaving me to finish the novel and go, "Oh" and that was that.
Posted by Unknown at 13:33