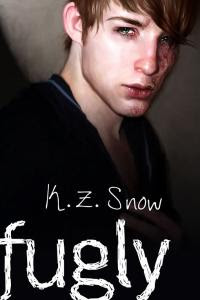 Overall
I wanted to enjoy this more than I did. It had more potential than Snow allowed it to realize in the short amount of space it was given. While the concept is pretty straight forward, the story needed more character development to really become a complete story.

Strengths
Idea. While the general idea of beautiful people being cursed with disfigurements in order to be taught a lesson and the way to cure it is to reform, Snow made the idea come to life with the main characters. Seeing inside their heads as they struggled to realize that people in their lives--good people--liked them for more than their appearances was touching and my only complaint is that I would have liked to have seen more.

Writing. The writing was fairly strong and kept together would could have been extremely choppy jumps in time and perspective.

Weaknesses
Length. One of the biggest blows this story suffers is that it is not long enough. Since it's dealing with a classic concept, it needed more room to spread out and become its own. What already exists is enjoyable, but could be fleshed out into a truly amazing piece. The three characters who get cursed are all mentioned to have an internal problem that they have to face once they are no longer beautiful, but the problems are only seen after the fact, making them feel false in light of the changes on their face, or perhaps because the changes seem to come up and flip over so quickly. I wanted more struggle with the characters and their identities, and coming to terms with who they really were.
Posted by Unknown at 06:19