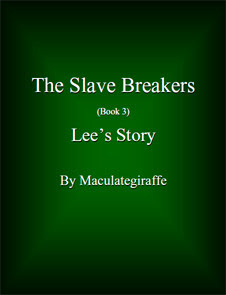 Overall
Of the three main stories (Bran's, Jesse's and Lee's), I had the most difficulty getting through this one. It had nothing to do with the writing (it was just as strong), or the story (lots going on), or the characters (still love them all), but nonetheless, I struggled about half-way through. Part of me, I think, was afraid that I wasn't going to get a happy ending, but even after I was assured on that front (and I really shouldn't have worried), I had to force myself to finish reading it. I mention this only because I read the first half of the story several months ago and then finished the book.

Strengths
Writing. Characters. Story. All the things that made the previous stories great continue to shine in this one. The writing is strong and consistent, the characters come alive and we see more variation in their behaviors/likes/dislikes than previously, and instead of rehashing the same old "rescued kid" story, which I loved and love still, the author takes that to a new level and makes it more and by doing so makes all the characters become more than they were before as well.

Plot/resolution. I won't say anything to spoil, but I'm pleased with how things turned out. There is a happy ending, but it's not too perfect, either. Very fitting.

Overall, I love these stories and the writing. Highly enjoyable and free, what more can you ask for?

Weaknesses
While I'm not sure if this was any longer than the others, it felt longer, possibly because it combined two story lines in one. This one gets more political/social, which isn't a bad thing, but it does disrupt the relationship dynamics some only because it takes time away from just plain enjoying them.
Posted by Unknown at 20:18