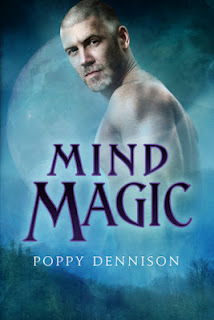 Length: 200 pages
Blurb
Magical species must never mix. According to the rules, Simon Osborne should ignore the children’s cries for help. After all, they’re werewolf cubs, and he’s an apprentice mage. But for once in his life, Simon breaks the rules and rescues the cubs, saving them from a demon intent on draining them of their magic.

Of course, all actions have consequences, and Simon’s bold move earns him the displeasure of his peers and the attention of the cubs’ alpha, a man named Gray Townsend.

The last thing Gray needs is a mage in his life, but Simon did save his son. Since Simon is now a friend of the pack, Gray doesn’t have much choice about it—or the forbidden attraction that goes along with it. Unfortunately for the alpha, he needs Simon’s help to track down the demon behind the kidnappings—before it strikes again. Simon and Gray must join forces to protect the pack, even as they struggle to resist the temptation that threatens to destroy them both.

Overall
I've been in bit of a reading slump lately, and after reading a few short stories that re-inspired my faith in books again, I decided to put aside the book I was struggling with to read Mind Magic. What's nice about this piece is that it's a shorter novel, it's a quick read, and it has a pleasant set of characters. There is an interesting plot line that motivates all the characters, and there are enough tiny twists to keep the reader interested without feeling like the author is lying or purposefully misleading. However, the story also has a sense of being unfinished, as there are plenty of dangling questions that never get answered--and unless there is a sequel, I doubt there will ever be answers. In some ways the novel recognizes that (one character says "We may never know what really happened"), and while I can respect that life doesn't always have neat answers, part of me wanted more.

Still, I'm overall pretty happy with this piece, and despite some slight niggles, I was never pushed out of the story or unhappy with things.

Review
We are introduced to our leading mage when he rescues some were-kids from a demon, throwing us straight into the fire. This nice pace of action and intrigue holds through the rest of the novel as the more the characters figure out, the more questions that seem to arise. This works well to keep the reader guessing just enough, although it also means that there are plenty of questions unresolved by the end. Still, the hangers aren't head-crushing and they are cope-able, although for readers who like neatly wrapped endings, this could be a deal breaker.

Now, I'm a fan of soul mates, which shifter stories tend to be rife with, but this has a nice change of pace in that there are mates, and the shifters are very serious about mates, but it's not a sudden I-know-you're-my-mate-now type thing. I think this worked in the story as it opened up potential for distrust and uncertainty, but also allowed the feelings to come naturally between them. On the other hand, keeping this in mind, the progression of their relationship felt rushed as they fall into bed (err, the floor). On some levels it makes sense--physical attraction, not much sexual relief, and, at least on one end, a possessive, protective spirit. Still, their abrupt sex left me feeling like the story without instant-mates suddenly has instant-mates. Minor niggle, but enough to earn an eye roll.

Despite a main character's descriptive name, Gray, the characters were a nice bunch. Most of the werewolves blend into the background as general pack, but Gray's son Garon, a wolf from another pack, and a later character are both very interesting and add some nice flavor to the story. I could see potential for one or more getting their own tale told and being given their happy endings, although Garao would have to age up some. The sense of family among the pack felt real, both in being distrustful of strangers and in protecting their own...and in welcoming new family. The sense of family, belonging, and groups plays a pivotal role in the underlying depths of the story, and it's definitely worth paying attention to who does what magic and how those groups behave toward one another.

The plot itself was explored enough to resolve the major conflict, even if I still have plenty of questions. I enjoyed the slow reveal, and while some things aren't a complete surprise, others are, creating a nice mix. Wanting to know what happened next was my biggest push to keep reading, and I'd probably re-read this story just to see everything unfold again.

Finally, the perspectives are limited to Simon and Gray, mainly sticking to their perspectives for large chunks of time. However, there is some leniency in flipping back and forth (if only for a moment) in scenes, and other times when we get brief glances into other characters. They are never deep thoughts and it could be the PoV character is thinking that the other person is thinking that, but it was a little wiggley.

Requested this book for review.
Posted by Unknown at 20:35