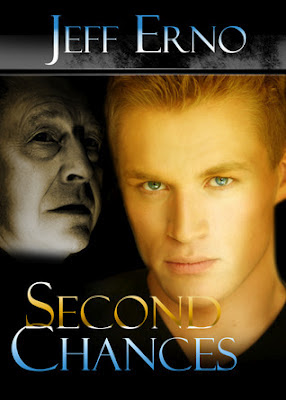 Length: 253 pages
Blurb
Harold Wainwright is dying. At seventy-nine, stricken with malignant cancer, the multi-billionaire insurance mogul realizes he has much to regret. In his youth he rejected his only true love and instead chose to advance his career and build his financial empire. Single-mindedly he focused upon achieving his own goals, looking out for number one, and acquiring a monetary fortune. Now he is alone, and all he has is his money…and his life is over.

Doctor Timothy Drayton has devoted his entire career to developing the technology to prolong human life. His entire focus has been upon creating a computer chip which can be implanted into the human brain, allowing human consciousness to be transferred from one human subject into the mind of another. Given optimum circumstances, he is confident that he can now preserve the consciousness of a dying patient into the mind of a donor subject with a surgically electronic implant.

Jesse Warren is eighteen years old, about to graduate from high school. He’s a track star, model student, and the typical all-American kid. One day while on his way to track practice, tragedy strikes, and Jesse is in a terrible accident, rendered comatose. When his family learns the horrifying news, they believe they’ve lost their son forever. Jesse Warren is pronounced “brain dead”.

When neurosurgeon and world-renowned brain specialist Dr. Timothy Drayton arrives, telling the Warren family that he has an advanced form of experimental treatment which can possibly save young Jesse and restore his consciousness, the Warrens are convinced that God has sent them a miracle. They are overjoyed the next morning when their son undergoes surgery and awakens as a new man. His memory loss, they are convinced, is amnesia due to his accident.

Jesse lives, and is given a second chance. Will his new life prove to be the impetus for significant change, or will the old Harold Wainwright emerge to make the same mistakes a second time around? Most of us are given but one chance to make the right choices, but imagine if… there were such things as Second Chances.

Overall
This novel held more potential than was realized and I had some pretty large issues with it. Still, it wasn't painful to read and I didn't need to force myself to finish. It was easy going and had a very sweet romance. This is one where different readers will probably have very different feelings on the matter, and I can only offer my opinions.

Strengths
The story centered around an interesting concept of one man's mind/soul being placed into another's body. I had some difficulty understanding the doctor's motivations until later in the story, but I enjoyed seeing the challenges that New Jesse experienced as he tries to fit into Jesse's life while still retaining much of Harold's preferences. Although this plot contains some science fiction elements, it's not so far outside the realm of possibility that it could be considered straight sci-fi. Er, hardcore sci-fi.

The romance Jesse experiences is very sweet and pure, like young love, and I liked how those elements were handled, carefully rebuilding a friendship that one person doesn't remember while delving into a relationship. The romance is very tender but moves pretty quickly since they are young men in love. Hormones do that to you, I hear. You can't help but want them to get together.

Although I had some major issues with this book (as I list below), it was still a pretty good read. Although it's not something I'd probably pick up and read again, it's also not something I'd warn people against or fight against having to re-read.

Weaknesses
The writing was okay, but a little heavy handed and stiff at times. Also, the repetition of "second chance" annoyed me. Obviously it was the theme of the book, but it didn't need to be pointed out so often, even in times when it would naturally come up, I think alternative phrases would have helped. A minor niggle which I could have forgiven if it blended into the writing more. However, as I didn't find the writing to be as natural as previous Erno works, I was more easily distracted by minor word choices.

While I enjoyed the plot concept, I felt it was a little abused. Part of this relates to the author's repeated use of "second chance" as a theme--slightly more than a theme since it permeates every element of the book. By the final third of the novel I knew how everything was going to turn out, even if I didn't know the specifics. Obviously with romances the two main characters are generally going to end up together, but I feel even beyond that this ending was predictable. This could just be me, though, but if you're a reader who likes surprises and figures out endings, (and if predictability bothers you), then you may want to steer clear.

Regarding the ending: I feel there were some unresolved issues that didn't get addressed and needed to be.

Also, I was a little annoyed by how much Harold flung around money. Obviously he's used to being rich and I think he gets a just reward in the end, but books that inadvertently say that money solves everything--even when they are trying to say the opposite--get under my skin in the bad way.

Received this book for review.
Posted by Unknown at 20:22