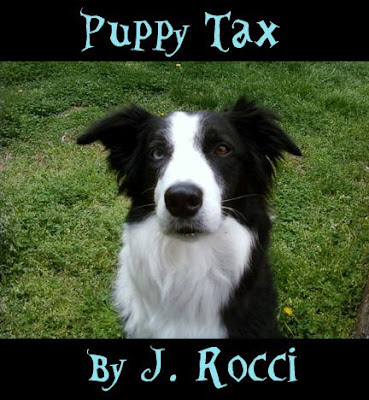 Length: 27 pages
Blurb
Sky runs a doggy daycare and, in his free time, volunteers as part of a therapy dog pair with his Border Collie, Phoenix. On a visit to the local hospital, Sky and Phee share an elevator with Tony Marasutti, the hot doctor who's great with kids and loves animals. Sky doesn't think he has a chance, but then Dr. Tony invites him and Phee for coffee, so of course Sky has to invite Dr. Tony home to meet the rest of the menagerie!

Overall
This is a cute little free story. The writing is fair, the plot is thin and light, but this isn't meant to be deep. Just a happy tale about two men who meet, get to know one another and have some sexy time. There was definitely room for more development with the characters and the relationship, but for what it is, it's cute and entertaining. 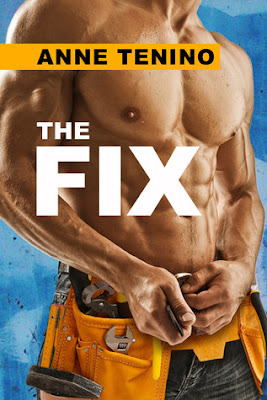 Length: 27 pages
Blurb
Confident almost to the point of arrogance, Jurgen never worried about his boyfriend leaving him until he overheard Nik telling his best friend he wants to move out of town. That's when the macho cop realizes that maybe asking Nik to move back to tiny Whitetail Rock—where he was tormented when he was younger for being gay and looking different—wasn't Jurgen's most brilliant idea. Now he's on a mission to find a way to fix things so Nik will stay. Which should be no problem because he's good at fixing stuff, right?

Nik isn't sure what he was thinking, moving back to his hometown after graduating with his MFA. Jobs in his field are non-existent and reminders of some of the worst times in his life are abundant. But Jurgen lives in Whitetail Rock, and Nik is willing to put up with a hell of a lot to be with him. Except maybe Jurgen's own efforts to "fix" something that's not broken...

Overall
A cute (and free) continuation of the characters in "Whitetail Rock." A nice light story that points out that "happy ever after" takes a lot of work. I like that we get to see Jurgen being not-so-perfect, Nik being the not-needy one, and them working through their problems. Worth a read if you liked the first. 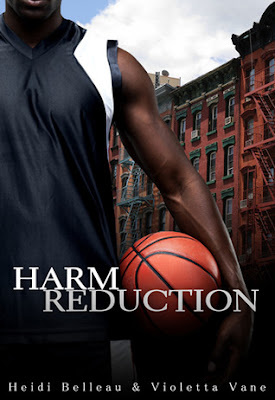 Length: 17 pages
Blurb
It's 1992 in the Lower East Side of Manhattan, and Magic Johnson has just gone public about being HIV+. Out of the news but right at the frontlines, Julio Torres works the streets and the parks, doing everything he can to keep more people from dying. He meets a young hustler named Linley who doesn't stand a chance. But no matter how hopeless, Julio never gives up trying to do the right thing.

It's 2012 in the Lower East Side of Manhattan, and there's a Whole Foods around the corner selling organic flowers for Valentine's Day. The city has changed, and so has the world, but Julio is still holding on to his past. He's moved on with his life, taken up new causes, but he just can't let Linley's memory go.

Overall
A free short from Storm Moon Press put out for Valentine's Day, this story is sweet and touching with a pseudo social awareness message that is balanced out by the sweet emotions that Julio continues to have for Linley, despite having not seen him for twenty years. Like most short stories, it left me wanting more (if only to see the characters continue on and where things go), but it also is perfectly self contained. Some bits of information were hinted at but never confirmed, which I felt was appropriate as to not steal away from the brunt of the story, but left my curious nature frothing at the mouth, wanting to know. A touching story that is definitely worth picking up. 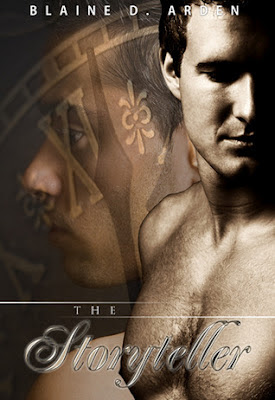 Length: 12 pages
Blurb
Banished by his family, young, blind aristocrat Oleg finds there are advantages of living isolated with just his tutor for company. But the perfect day said tutor, Neiam, planned for them, Oleg's father seems hell bent on ruining.

Overall
This pseudo-historical story was offered free from Storm Moon Press for Valentine's day. It's pretty light on plot, with the largest confrontation being Oleg's father, but it was an interesting look at a Sub/Dom relationship where the sub is blind, thus ramping up the trust he must give to Neiam. I really liked the relationship between the two men, and I think this story could definitely be made into a series of vignettes accounting their life together.
Posted by Unknown at 17:30