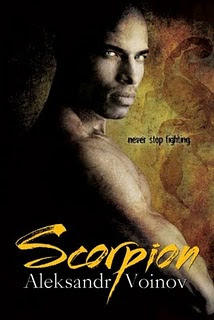 Overall
With great characters, plot and a creative world, there is little to dislike about this book. While warriors, politics and hot sex might not be every one's cup of tea, this is definitely worth taking a risk on. The battles are short, the politics are intriguing (and not too heavy or convoluted), and the wide cast of characters is incredibly interesting. While not a light read, its dark elements are balanced by flashes of humor and a good love story.

Strengths
Characters. For me, characters make or break a story, and here they absolutely made a good story great. Kendras is a good characters, if not a bit stiff in his ideas, but Steel, Widow, the Flames (and the men of the Flames), along with the officers, and the Lady protector really wowed me. They are varied, not black and white. Nothing is simple--not their situations and not their relationships. I think Steel is the most heart-breaking because Kendras judges him so harshly and if an officer had gotten to him earlier, he may not have become the "soulless" man he is when Kendras meets him. Widow is terrifying and amazing and I love what he does in the story (although he can stay far away from me!). Also, the men of the Flames were a nice touch and I hope to see more of them in future stories.

World Building. Voinov takes us through a very creative world that's very dark for our narrator, but we still see glimpses of light that is a normal life. While constructing political parties and armies, he made the Flames and the Scorpions and the train of thought that goes with joining both those groups. It's a world I'd look forward to seeing more of and will let my mind play in secretly. His descriptions are dark and gritty with splashes of (important) color.

Plot. While the sex scenes start early and hot, the beginning of the plot is a slow build that ultimately climaxes in a truly satisfying way. Some of the events aren't easy to handle for both Kendras and for the reader, but surviving them makes the end all the more rewarding. Artistically, the plot was well constructed and interesting, keeping the reader's interest in what will happen next. Ultimately satisfying, in more ways than one.

Weaknesses
There was some slight lag time while the characters were waiting for something to happen that lost me a little. In retrospect it felt necessary and I'm glad it was there, but, for me at least, I struggled a little. Political intrigue/war novels aren't my normal diet though, so people familiar with them may not have any problems. I would still recommend this to people not interested in political intrigue/war novels. The battle scenes are kept short and succinct and while the politics is important, it's not boring and drawn out.
Posted by Unknown at 11:07