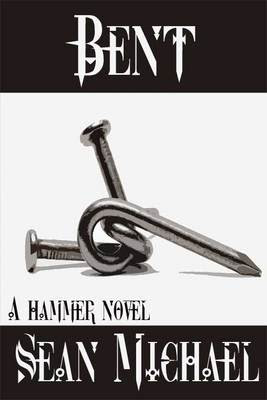 Length: 492 pages
Blurb
Marcus knows Jim is his minutes after meeting the snarly, jumpy ex-professor at the local bookstore. He thinks Jim is a natural submissive, someone who needs order and discipline in his life to help with Jim's anxiety and bad health habits. So Marcus decides to pursue Jim relentlessly, because even if Jim's mouth is saying no, his body is saying yes.

There's a lot more to Jim than meets the eye, and Marcus will have to be careful. Jim knows what it means to lose everything, knows what it's like to be without friends or family. Jim feels broken, and knowing that he likes the kinds of weird things Marcus wants to do to him only makes him scared that he's losing his mind.

Overall
This book is classic Sean Michael material, meaning it's heavy on sex and light on plot. It's also extremely long, which is probably why many people get half way and give up. Not much happens during the course of the book action-wise, but there are character changes over the course of the novel. The focus of the novel is Jim's issues and Marcus' attempts to help Jim overcome his issues, accept who he is, and deal with the complications he faces in life.

Fans of Sean Michael's works will probably enjoy this, but most readers will probably find its too long, too slow, and too much sex. Many people also voiced complaints about Jim being forced into the situation, and there is a fuzzy section in the beginning when the consent is questionable, but nothing is non-con or dub-con really. Although this novel tries hard to really explore Jim's mind and the ways of the lifestyle, it went on for a little too long to really keep my interest. Although I know the focus of Michael's books is the sex, I felt fewer sex scenes would have been more poignant.

Strengths
Michael's Doms tend to always be right and know what's best for the sub. Marcus is no exception, although in one instance he says something that angers Jim enough to make him safeword and be truly angry (not just throwing a hissy fit). I liked this moment because it really humanizes Marcus and doesn't make him out to be a strong, perfect being who can do no wrong.

The exploration of Jim's issues and his slow progression over those issues is interesting. I also have to give some props to the author for taking the time to make the advancements timed realistically and there were no magical moments when everything was better. In fact, progression takes place over a long period of time and advancements are not always forward as events trigger old thoughts and behaviors. This felt more realistic than the stories where a problematic sub is instantly fixed by the know-it-all dom, even if it did lead to a rather lengthy story.

Weaknesses
While the length of this story isn't automatically a weakness, the length in addition to the slow (and somewhat lacking) plot, leave the reader trudging through the events. While not miserable, it probably leads many readers to give up since there is very little incentive to continue. This story would best be read when in a very mellow mood or read in small pieces to space out the slight monotony.

While I understand sex is a focal point of Michael's books, I felt with the length of this one, more copy (aka, sex scenes) could be cut without interrupting Jim's emotional progression, thus making a quicker, smoother read. The story dragged out for a very long time with very little climactic tension, etc, and while some readers may enjoy the story purely for the sex scenes, those who need a bit more will find this novel lacking.
Posted by Unknown at 20:59