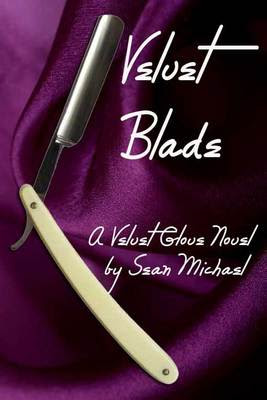 Overall
Although the kink here involves blades, it's not cutting, but shaving. Neither of these particularly interest me as we are given, once again, a Dom with money to burn and a Sub who doesn't realize he's a sub. Although the "Darlin'"s got old fast, I did enjoy the Sub, and the Dom was what he needed--it can't be argued they weren't sweet together. But the beginning seemed slow, humdrum, and done before (although fans of the series may enjoy it just for this reason). The last 40% really picks up and took me for a surprised ride.

Strengths
I was taken off guard by the end, which I'll resist discussing in too much detail. After the slow beginning, it's quite the shock, and it may have all happened too quickly; the book could have benefited from a shorter beginning and a longer ending. I'm interested in seeing how the series will continue after these events.

Weaknesses
The beginning of this story didn't grab me, as the Dom of focus is not only exceptionally rich, but also has an air of expectation that comes across as arrogance. Although he's nothing but nice to his Sub, his initial appearance rubbed me the wrong way. Eventually he grew on me as he became more human and we saw more dealings between the two men.

The end felt a bit rushed, but part of it could be that I wanted to see everyone that I'd previously been introduced to and see how they made out, but there may be opportunity for that in future stories.

The writing felt a bit tired, but that could partially be my disinterest in the beginning of the book, as my exhaustion faded as interesting events occurred later. I can't mark off as I don't think the writing was any better or worse than previous books of the series, but my interest in what was happening was less.
Posted by Unknown at 07:21