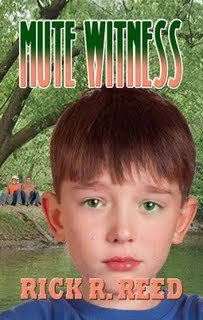 Overall
I was under the impression that this book was a romance, which it really isn't as the romantic elements take a back seat to a lot of other dramas and the traditional story of a romance (two people struggling to be together) is lacking, although there is discord among the couples. That aside, I think some people may be able to (and obviously have) enjoy this book more than me. While the writing was good and the story itself was rather interesting, I never became attached to most of the characters, and as this was a third-person, limited omniscient point of view, that made my job reading difficult--and it did feel like a job. At 60% of the way I started skimming, especially when less desirable characters were narrating. I only started really reading again toward the end. If I was giving this an enjoyability score, it would be a 1. The writing pulls it up to a 2 for me, and knowing that this story just wasn't my cup of tea but recognizing its strengths brings it to a 3.

Warning: Contains homosexual and heterosexual couples and scenes. Also, people sensitive to rape should be warned.

Strengths
The writing was good, definitely smooth, well constructed and enjoyable. I think if the writing style had been weaker, I would have given up on the book much sooner.

The characters are all very realistic with faults and good points. None of them are black and white but instead fall in a wide spectrum of gray, often questioning their behaviors but still making choices, even when they are conflicted about them. I recognize this as a good thing, even if I didn't particularly enjoy it in this circumstance. The plot, overall, was realistic as well, aside from one point made below.

Weaknesses
I am in no way involved in the justice system, so I could be wrong here (most my education comes from Law & Order: SVU). But when they had a DNA sample from Jason, wouldn't they automatically take DNA samples from all the men he encounters on a daily basis who could have been suspects, thus cutting down on who could have done it? Obviously this is a small town, so things could be different, but that bugged me a little (especially since it was so important to the story).

Characters. I never really connected with any of the characters, and those I did didn't take the role of narrator very often. Austin and Jason were two of my favorites, but they only had snippets of focus. The one detective (Alan) annoyed me in the beginning, but I grew to understand his torn perspective and desire to escape the town. However, the majority of the book is spent in the heads of characters I don't care about (Paul, Shelley and Shelley's mom) or Sean, who I feel conflicted about. I think having a child may help the reader associate with more characters, although it shouldn't necessarily be the reader's job to bring the emotions to the table.

Pace. As I was reading, I wanted to know how everything worked out, which is why I kept going, even as I started skimming. However, so much of the story felt overburdened by description and all the thoughts behind an individual's actions that it slowed to a drudging pace. As I wasn't emotionally involved with most of the characters I was reading, I didn't care what they were thinking/feeling. However, I also understand that if the reader is emotionally involved, then they will feel the same struggles that the characters feel and will probably enjoy this drawn out struggle as the different characters try to figure out everything. It just didn't work for me. At all.
Posted by Unknown at 13:41