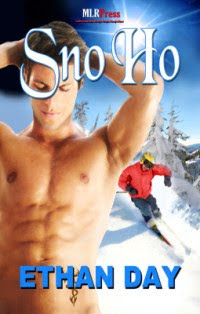 Overall
Although I felt the story started off a little rocky, it eventually got around to being enjoyable. The writing was okay, although in the beginning I didn't really think too highly of it. It didn't help that initially the characters seemed rather simplistic and a little sex crazed. However, once they both get done being sluts and start having an actual relationship, the story and the writing both seem to progress forward (although it could just be because my enjoyment of it increased.

This is a quirky little story about a guy whose boyfriend of a year dumped him (over the phone) when the guy thought they were going on vacation together. While the "consolation prize" seemed a bit far fetched, it wasn't enough to make me lose interest--actually it was an amusing and rather obvious way to excuse why our leading man was there. Although there is definitely a romantic theme in the story, it also tries to not take itself too seriously as it keeps its humor through the interaction of the leading males.

A cute, amusing story, good for a Sunday evening of relaxing reading.
Posted by Unknown at 18:04