I will now provide the summary of the movie with my review, since these are for the most part movies that readers are not familiar with (most likely).

Soldier's Girl - This powerful drama tells the true story of a young soldier, Pfc. Barry Winchell (Troy Garity), who meets and falls for a beautiful transgendered nightclub performer (Lee Pace) while on a drunken outing with fellow soldiers. Winchell's relationship is frowned upon by the other soldiers -- and eventually leads to tragedy at the hands of his homophobic roommate. Garity and Pace both earned Independent Spirit nods for their performances.

(Rent) This is a love story between a male soldier and a transitioning M--F transexual. He first meets her at the club she works out and doesn't realize she still has a penis. The first half of the story focuses on the development of their relationship, then the second half splits between their relationship and his company on base. I felt everything was rather realistically portrayed and the acting was well done. Nothing in the story grabbed me and held on, perhaps because I knew it was a tragedy so I refused to get attached. (Being based on a true story, they didn't hide that ending.) Anyone interested in mental health, sexuality and the military should definitely check this out. 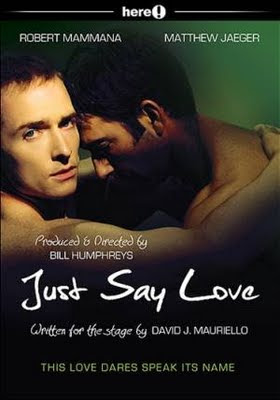 (Rent) This was a very different movie in multiple ways. First, artistically, it was a play adapted for the screen, but it kept many of its theatrical feels, like the sets and lighting. The cast was only two people (and a third person's set of legs, but was well paced and constructed. Overall it definitely had an artsy feel to it, as the one lead male was involved in Plato and philosophy and the other lead male's wife was into "new-age crap" (his words). The ending surprised me and I'm not exactly sure how I feel about it all in general. But it was definitely worth a watch. 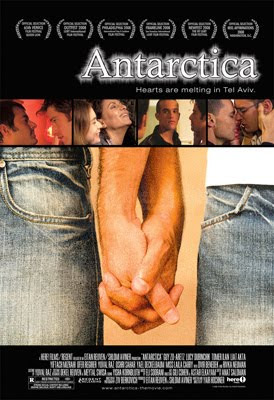 Antarctica - Facing down his quickly approaching 30th birthday, gay librarian Omer hasn't found his place in life or his ideal man, until fetching journalist Ronen enters the scene. Meanwhile, Omer's sister Shirley struggles to decide between settling down with the woman of her dreams and indulging her long-held fantasy of traveling to Antarctica. Yair Hochner directs this comedy that also stars Rivka Neuman.

(Rent) First off, the description of this movie, while technically accurate, leaves a lot to be desired. I'd also argue that it's called a "comedy," since it's a comedy only in the Shakespearean sense, not the traditional movie category. While the movie does focus on Omer, the opening is a confusing montage of men who we are then introduced to three years later. The acting was quite good and half-way through, once I had a feeling of who was who, I began enjoying the movie, but the beginning dragged a little as I didn't really connect with anyone as we jumped around through their stories. The end was satisfying, although a little weird. I'm glad they didn't make anything too definite, but that part of the story line was a bit off beat. Overall, a good movie, although not something I'd want on my shelves.

Priscilla, Queen of the Desert – Invited to perform at a casino in remote Alice Springs, Australia, drag queens Mitzi and Felicia and transsexual Bernadette hit the road in a broken-down lavender bus named Priscilla in this campy comedy classic. Along the way, the friends change into their most outrageous costumes and lip-synch disco tunes -- including plenty of ABBA -- for the outback's befuddled locals.

(Rent) It's probably sacrilege or something that it took me this long to see this movie. It's a classic (of some sorts), right? While it was enjoyable and goofy and at points cute, I have to say I rather enjoyed the more American version (To Wong Foo Thanks for Everything) better. Sure, it's not exactly a remake, but the general premise is similar and it just felt overall more amusing while Priscilla seemed to struggle with being funny and serious and unable to find its happy balance. It was an alright movie and all the acting was excellent, but the story moved a little slow for me.
Posted by Unknown at 18:15