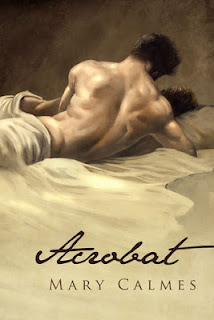 Length: 250 pages
Blurb
Forty-five-year-old English professor Nathan Qells is very good at making people feel important. What he’s not very good at is sticking around afterward. He’s a nice guy; he just doesn’t feel things the way other people do. So even after all the time he’s spent taking care of Michael, the kid across the hall, he doesn’t realize that Michael’s mob muscle uncle and guardian, Andreo Fiore, has slowly been falling in love with him.

Dreo has bigger problems than getting Nate to see him as a potential partner. He’s raising his nephew, trying to leave his unsavory job, and starting his own business, a process made infinitely more difficult when a series of hits takes out some key underworld players. Still, Dreo is determined to build a life he can be proud of—a life with Nate as a cornerstone. A life that is starting to look like exactly what Nate has been seeking. Unfortunately for Dreo—and for Nate—the last hits were just part of a major reorganization, and Dreo’s obvious love for Nate has made him a target too.

Overall
I went into this book hesitant, as my previous Calmes's book didn't really grab me and while I liked elements of it, in other parts I found it lacking. Sadly, I felt similarly about this one. There are large parts that I like and there's an overall good sense of humor throughout, but the irritants I came across kept me from thoroughly enjoying the story.

Review
The biggest annoyance is the main character. Not that he's a bad guy or anything--he's not. He's actually rather likable. However, he has no sense of his own attraction, and never seems to have had one, despite everyone in the book saying how attractive he is. Part of his issues is with his age, which was understandable, since he seems to be drawn to younger men, but instead of him being focused on age and how he's not as attractive as he once was, he's constantly surprised and denying his own attractiveness. While I can buy him denying that he looks as good as he did when 20, it's hard to believe he never realized he's actually a sexy beast when we've been given no reason for him not to realize it.

Along those lines, because he's such a sexy man who is super nice, people fall all over him. This isn't too noticeable in the beginning, but when he's being introduced to various Italian families, it becomes too much--at least for me. Maybe it's because I'll never be that person who everyone is falling over to be nice to, but I find the humble beauty queen to be somewhat irritating.

The plot isn't bad, and it does add some suspense and move events along, but it didn't feel real. I won't say much, because it'd be giving it away, but the mob and police involvements seemed a little too ridiculous for me to take seriously. (OK, some of the mob scenes "felt" real in an appropriate mob movie kind of way [totally acceptable], but some of the politics fell flat). If you're hardcore about contemporary stories being realistic, this will probably leave a weird taste in your mouth.

On the other hand, while it's probably unrealistic, I do love how the mob politics were handled in regard to Dreo trying to get out. I really loved Tony who, despite being a mobster, is a really cool guy. I thought it was nice to minimize some of the kerfluffle on that end, plus it shows the contrast of old school and the advancing perspectives (even if it was only acceptable because Dreo was getting out).

I loved Dreo with his single-mindedness and Italian whispering, his possessiveness and the moments when he backs off to not be a controlling jerk. Classic tough guy with squishy insides. Many of the characters come together to make this a fun little story, and I do like Nate, despite some of my qualms with him, and he comes to some very poignant conclusions that are very thoughtful (I actually highlighted them on my reader). The characters are fun to watch, funny, and have a variety of personalities that come together nicely. They are what really make the book work.

Readers who love Calmes's work will probably like this one as well, but her 'style' rubs me wrong, so I don't know if I'll ever really appreciate her works as much as others.

Requested this book for review.
Posted by Unknown at 21:12