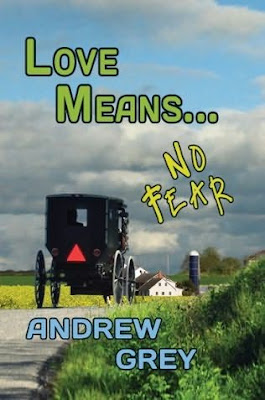 Overall
Fans of Grey's work will find another story that fits the bill of the Farm series. While the characters aren't as memorable as Geoff and Eli, Raine and Jonah have a sweet, if not somewhat predictable, romance. You may know the ending, but fans will still enjoy the journey there.

Strengths
Although I don't think this is his best writing, Grey is consistent in his ability to guide a reader through the story with ease.

Overall an enjoyable story. Should not be the first read in the series though.

Weaknesses
The final resolution of Raine's attacker and all the facts related to it were unsatisfactory to me. While I could appreciate the tension the situation brought for the characters, in the end it didn't feel like it furthered the characters at all. Neither Jonah nor Raine grew as a result of the event, and while I can understand the initial event haunting Raine, I think the continuation didn't need to happen, or could have happened in other ways. I suppose Grey needed for Raine to remain on the farm longer in order for his relationship with Jonah to evolve, but it felt very strawman to me.

Speed. Raine and Jonah's relationship moved too quickly for both characters. Raine promises himself that he's going to go nice and slow with Jonah, and while Jonah is all for going to bed, the resistance Raine put up wasn't very strong (though I suppose who would resist when a cute guy is all over them?). Which brings me to Jonah, who goes from shouting "You're sodomites!" to bed with Raine in a couple weeks. I'm pretty sure they progressed faster than Geoff and Eli, and Eli was more comfortable with the general idea and more aware of his feelings previously. Not that different people can't react differently...I just didn't buy it.
Posted by Unknown at 17:55