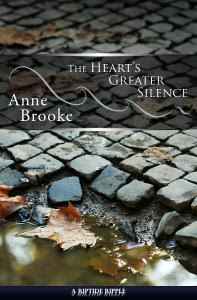 Length: 8,800 words
Blurb
Mark isn’t sure he believes in love, especially when he’s torn between two very different men: his reliable boyfriend, Craig, and his illicit lover and priest, Richard.

Mark knows what he should do, but he can’t bring himself to give Richard up. The sex with Richard is unlike anything he’s ever known with Craig, and he hungers for it as much as—if not more than—the truer intimacy he finds in his boyfriend’s arms.

When Craig discovers his betrayal, Mark is forced to look at his life more closely, but the path to self-knowledge is never an easy one. Richard seeks the way back to God, but Mark finds no solace there. Can he ever discover the truth of his own soul, or is he too afraid of what he will—or won’t—find inside his heart?

Overall
A bitterly beautiful story about a man whose love and lust are torn and he must decide what to do while trying to figure out what he really wants in his heart.

Although romance and love are themes of this story, this is not a traditional romance by any means. In many ways it's an anti-romance, as the unfolding events break apart a relationship, not bring it together. Because of this, readers searching for a happy ending should steer clear. However, keep this in mind: Normally I need a happy ending, but I still enjoyed this short story, despite it's un-fulfilling resolution. The author's strong command of language and the painful peeling back of emotional layers makes this story one that is worth bleeding through.

Received this book for review. 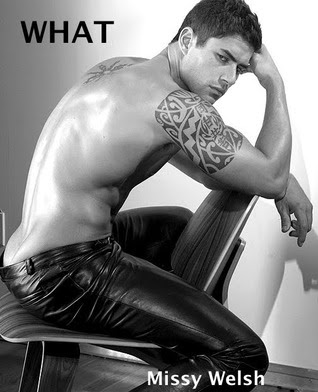 WHAT by Missy Welsh
Stars: 4/5

Length: 13 pages
Blurb
Sam thinks his boss is about to fire him for causing disturbances in the tattoo shop, but Jeremy really just has something to reveal.

Overall
A cute little (free) story that involves a young man who stutters and has a crush on his (straight) boss. Although the plot line may not be anything new, I really liked Sam and the author's use of stuttering to show Sam's emotional status. Both the characters are highly enjoyable and the interaction between the two is heart warming. A good stand alone story that may fall into a lot of tropes but the story's enjoyment overpowers any of that. Definitely worth a read, especially if you want an upper.
Posted by Unknown at 21:27