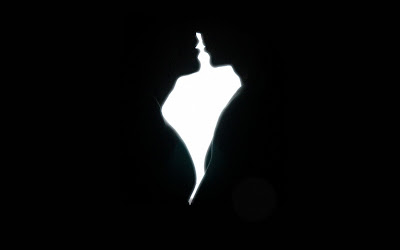 Stories by Shukyou
A selection from Shousetsu Bang*Bang

Overall
Shousetsu Bang*Bang is a ezine of sorts that publishes through LiveJournal and although it works off the concept of being like the classic boy's love stories found in Japanese manga, it has strayed off this course, often for the better. The guidelines are pretty flexible, only working off length and that there must be at least some sex that happens in detail (although there is flexibility in that, because I think both of my submissions were light on the sex).

One of my favorite authors (normally the same group write for every issue, although some are more consistent than others), is Shukyou. I'd probably recommend all of her (I assume) stuff, but below are a few of my highlighted favorites.

c:\rano.bergerac
This story dances between being fun and serious as the setting is rather amusing: A poor theatre graduate works at the futuristic version of a phone-sex line, virtual reality, as the “voice” and “actions” of the selected person. When Rex hires a personality for an hour, Patrick (whose name you don't learn until the end) feels like the luckiest man alive. Rex is exactly his type. Of course, Rex sees a buff Scandinavian hottie, not chubby, pale Patrick.

What I love about this story is that while plenty of sex happens (virtually, but described as if real), the connection between the two men is completely emotional and cognitive. The build up between the two characters and the eventual climax where Patrick—and Rex—need to make a decision is both heart breaking and beautiful. This is definitely a great read when you need a feel good story, although it touches upon heavy subjects as well.

Duet for Tenor and Transradial Orthosis
Enzo is wallowing in a good (and deserved) bout of self-pity, booze, and pain killers when Gus comes onto him. Or more appropriately, onto his metal and gear arm. At least, that's what Enzo things. But really, Gus just wants to fix the arm to make it as beautiful as it's owner. But the more Enzo is around Gus, the more Enzo wants Gus. If only the mechanic weren't oblivious.

Although much of the subject of this story is dark, it is all lightened by a jaded and easy going narrator who has plenty of time on his hands and an aptitude to studying people. The growth of the two characters and their relationship is amazing and I love the path that the two take. In addition to a great steampunk story, there is some gorgeous art to go along with this one!

The Amanuensis
...I won't even chance giving a brief summary, because this is a heavier and denser story that looks at Judaism and the very first blush of Christianity, along with all the conflict it brings. However, if you're interested in religious stories that take Biblical teachings and approach them from a new angle (or completely upside down), then this is definitely worth the read.

Heterogenesis
Scientists have found the gay gene and a select group who have been carefully researched, studied and questioned have been granted the first opportunity to have the gay gene removed/altered so that they will be attracted to women. Of course, the problems start when one of the researchers falls in love with one of the men preparing to undergo the procedure...

This story was good, although it didn't become my favorite until the end. It brings up a lot of interesting points and handles them well, really showing the author's thoughtful nature. As the story of the two men unfolds with some mix of emails from the researcher's colleagues, the full story unfolds in a very interesting way. Be sure to read through to the very end. It's worth it!

A Voice in the Wilderness
A story of Easter, church, and talking with God. David has tried to live a pious life of minimum pleasures while leading his church's choir and resisting his desires toward men. Isaiah has not lived quite so piously as he often gives in to his desires at shady bars and clubs, but hates himself for it. He also leads the choir at his own church, and when David's church approaches Isaiah's church in need of some help with their organ, Isaiah is sucked into something he wasn't expecting.

I re-read this story every year at Easter, which is saying something since I describe myself as atheist. There is something so moving about their faith in each other and God that you can't help but feel that within the story (at the very least) God exists. This is a slower moving story that builds over time as both men struggle with their friendship, their personal demons, and what they feel God wants them to do. It's beautiful and touching.

Yellow Fever
Drew is in a bad place: After Vietnam, he's addicted to drugs and sex, the two tools he uses to drive out the memories and try to redeem himself—although he's not reaching for redemption. When he meets William Ma, he's not looking for more than a quick screw, but Bill has other things in mind. Eventually it becomes clear that it's not a matter of whether Bill can stand living with Drew, but if Drew can stand living with himself.

This story covers a lot of sensitive topics, and it deals with them well. Both characters are straight forward, blunt and strangely easy going. While this isn't by any means a “hot piece,” it is very moving emotionally and psychologically, and definitely worth a read!

Recommended for: Everyone who likes a great stories and doesn't mind two men together.
Posted by Unknown at 14:23