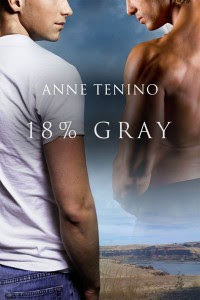 Blurb
In a future where the United States has split along party lines, Agent Matt Tennimore’s job is to get people out of the Confederated Red States, whether they’re captured special ops agents from his own country or gay CRS citizens who’ve petitioned for asylum. He never expected to have to retrieve his high school crush, aka the guy who ostracized him for being gay.

Rescuing James Ayala isn’t going to be easy: he’s crawling with tracking nanos and has a cybernetic brain implant that’s granted him psychic power he isn’t sure how to control. That’s the good news. The bad? The implant is compromising James’s mental stability.

So they’re on the run, avoiding surveillance by AI aircraft and hiding from enemy militia. Then James confesses he tormented Matt in high school because James wanted him. Matt can’t resist the temptation James offers, but he wants so much more than sex, assuming they ever make it home alive. Is James really a good bet when he’s got a ticking time bomb in his brain and there’s the question of how much he’s actually changed?

Overall
This novel is two stories structured like DNA strands, all tangled together. Half the story is how Matt is going to help James get out of the Red States, the struggles they face, James' brain implant, and lots of running, jumping, climbing trees (or hiding in ditches). The other half of the story is Matt and James' relationship, building up and mending from their high school days, and dealing with the feelings--both emotional and physical--that pass between them. What I loved about this novel is the excellent blending of the two parts, so things never overbalanced on either end and we never wondered when the other half of the story was going to progress.

The writing, story, pacing, characters and, well, just about everything was really good. Even the "weaknesses" are pretty flimsy. Although this novel didn't dig into my emotions and rip out my heart, and it didn't amaze me into speechlessness, it was an excellent, amazing novel that deserves a read from just about everyone. Really loved it.

Strengths
What grabbed me right off the bat was the creativity of the promised story. While the romance plays a pivotal role, there is so much more. The world development was detailed and exact, to the point where I could almost imagine everything they were discussing, even if the tools they were using weren't described, the way the characters used those tools told me enough. Everything was balanced, too, so the world building never overwhelmed, although at times it did take center stage.

The plot was pretty wonderful, although it could be summed up in one sentence (Guy A goes into enemy territory and extracts Guy B.). Of course there is more than that one sentence reveals, but the fact that the plot is pretty clear cut makes the unraveling all that more amazing. While the characters (and their motivations) really drive the story, this isn't what I would call character-centric, as their task keeps this a pretty action-packed story.

The journey through the desert could easily fall apart as boring, but strong writing and wise author decisions kept the story moving at a good pace and interesting. In addition, several times Tenino sets up the potential for the classic Misunderstanding or I'm Doing This For Your Own Good, but instead of sinking into that hole, she has her characters actually talk, which further develops them, helps the story move along, and shows that people can struggle with emotions without the Big Misunderstanding being the cause.

The characters were both interesting, fun, with rough edges and soft squishy centers. Although they both “fell in love” rather quickly (not fast enough to ping my insta-love radar, especially under the circumstances), I felt their internal and external struggles were handled well and thoroughly explored these characters. Matt is snarky and a little jaded, but not jaded enough to hold a grudge forever. James is dealing with some heavy duty issues (whole chip in brain thing), but doesn't obsess (too much) about it. They both are fighting to be their best for each other without being someone they aren't. The feeling of them being “average Joes” when they so obviously aren't was refreshing.

Weaknesses
This novel poked a pet peeve, but it didn't bother me as much as normal for a few reasons: 1) there was a pretty good reason behind it and 2) it was so well-written overall that I can forgive it. The peeve? Point of view switching. The whole novel is Matt or James, and then at the end we suddenly get others, mostly Laslo. (Of course, if there is going to be a sequel, maybe this was prep for it...). There is a good reason behind this, as the other narrators wouldn't be much help at this point, and for all the other things to be shown and not told about later, perspective needed to changed. So I forgive it, even though it's normally a huge No-no for me. Plus, I kind of like Laslo!

The second weakness, which doesn't really count, is that there were enough unanswered questions at the end that made me think there will be a sequel with some of the other characters (Laslo and Logan, yes?). There were a few other very tiny things left unfinished, but I can assume happy endings for those things and really don't want more. But there are a few small things I would have liked wrapped up in passing mention or would like to see developed in a sequel.

The third perceived weakness is the likelihood of two trained military men getting so distracted by one another that they, well, get distracted from their mission. Honestly, I never felt they got too off track from what they were supposed to be doing, and for the most part they saved their relationship things for appropriate times, but some people may get ruffled feathers over that. It didn't bother me, although I obviously noticed it. I think it was the scene against the tree that drove the point home the most.

Requested this book for review.
Posted by Unknown at 17:48