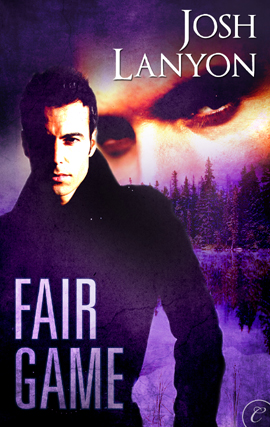 Overall:
I don't do suspense novels, or murder mysteries, or the likes. I read this because it had men kissing men, and I wanted to try out some of the author's stuff. And...I think I'm in love! That may be an exaggeration, but I did, thoroughly, enjoy this novel. If you want action, suspense, romance and/or hot sex scenes (not all at once), then definitely give this book a try. I just finished reading it, and I want to start all over again.

What worked
If I say "everything" you won't believe me, but nothing really let me down. Still, there were strengths.

Plot. Although romance is a strong theme in this book, it wasn't the overwhelming focus, and I think that's what really drew me in. If you're looking for a book full of mushy love scenes, this isn't it. If you're looking for a story where the man gets his man while saving the world (so to speak), then pick this up. The plot developed slowly and carefully without lagging or rushing while giving just as many misleads to the reader while still making it just as possible for the reader to figure it out (sorta). Everything feels realistic and tastefully gritty.

Characters. All the characters were deep and multifaceted. Elliot was easy to relate to without being too soft; he wasn't perfect (none of the characters were, refreshingly), but he was strong (and a little stubborn). Tucker (the love interest) was tough and rescued Elliot but began to show a soft side to balance out his FBI exterior. Plus all the supporting cast played their parts well, mixing up the plot until you're not sure who the killer is.

What I didn't like
Only two problems..
...actually, as I typed out the two problems, they sort of resolved themselves for me. One was limitations of our narrator, that we never understood where Tucker was coming from, which clouded some ability to believe for me, but is excusable. The other, involving the killer and a victim, made me question why, but I was able to reconcile that as well, after consideration.
Posted by Unknown at 18:19