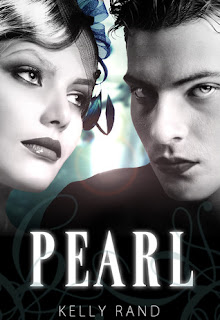 Length: 9,600 words (24 pages)
Blurb
Edith sleepwalks through a life so normal as to be boring. She lives with her mother, works a mundane job to support them, and makes no waves among the ladies of her sleepy 1920's Canadian town. Secretly, though, she watches the flappers and so-called "loose women" with envy, dreaming of what glamorous lives they must have. And that's before Clark walks into her life.

Clark embodies the world that Edith wishes she could be a part of. He's slick and dangerous and sexy in a way Edith has never experienced. So when Clark offers her a window into his world, she dives through without thinking. On the other side, though, her black and white world explodes into shades of gray, challenging Edith in ways she never imagined.

Overall
This short story is a charming look at Edith, a sexually repressed woman, and Clark, a transman, and Edith's eyes being opened not just to her own sexuality but to the world at large. Everything was tastefully handled and the language is reminiscent of a much older time period (as if it were written in that time, not just taking place then).

It is an almost simple story dealing with complex issues, and while some may challenge the somewhat insta-love qualities, I felt it was fitting for the characters. Considering Edith's limited emotional engagement and her sudden awakening, plus Clark's state, finding one another would lead them to do considerably rash things, and I felt it was appropriate for the characters..

The writing, the style, the feel of the story, and the characters all fell into place to form a superb short story. While there is a lot we are never told due to its length, we are not left wanting either.

A sweet, thoughtful story that lets the reader finish the story.

Received this book for review.
Posted by Unknown at 20:12