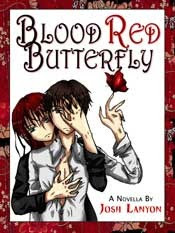 Length: 28,000 words
Blurb
Despite falling in love with aloof manga artist Kai Tashiro, Homicide Detective Ryo Miller is determined to break the alibi Kai is supplying his murderous boyfriend--even if it means breaking Kai with it.

Overall
An enjoyable, well-written story with a simple, interesting plot...unfortunately I feel the sheer amount of sex detracts from the complex character building, leaving me with two not particularly likable characters who seem to have a sexual dynamic as their only basis for a relationship.

Review
I think one of my biggest issues that arose comes from the expectations I had for the story. I really liked the cover art and the basis of the story. And in many ways I enjoyed the characters, both of whom are stubborn gits. But I struggled to feel any connection between the two leading men aside from sexual.

They had sex. A lot. Which may not bother most people, but I felt it detracted from time that could have been used to develop the emotional bond. I wanted these two to go together so badly, but I felt the ground beneath their feet was too flimsy to really stand up to a real relationship. Along those lines, there is a time skip that ends with a very nice scene that seems to show how much the two men mean to each other, but doesn't feel substantiated by any of their previous interactions.

Despite what appears to be mainly negatives about this story, I did enjoy it. The two men are dry and funny (and sometimes incredibly stupid). They snark and snap at each and for the most part can handle what the other brings. I can see the beginnings of a deep relationship, but I'm not sure the story we see fully develops it.

I was also a little confused about Kai's involvement with the murder suspect, why he kept hooking up with him, and how he felt toward him, or if it was purely a sexual matter, much like all his male-male relationships seem to be.

So mostly, I enjoyed this, but not as much as I was hoping, which could be in part due to my own expectations being disappointed.

Note: I read this all in one sitting during a miserable night of insomnia, but my glimpses back at the story afterward seem to reinforce my opinions above.
Posted by Unknown at 16:44