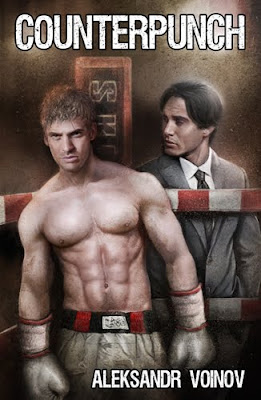 Brooklyn Marshall used to be a policeman in London, with a wife and a promising future ahead of him. Then he accidentally killed a rioter whose father was a Member of Parliament and had him convicted of murder. To ease the burden on the overcrowded prison system, Brooklyn was sold into slavery rather than incarcerated. Now, he's the "Mean Machine", a boxer on the slave prizefighting circuit, pummeling other slaves for the entertainment of freemen and being rented out for the sexual service of his wealthier fans.

When Nathaniel Bishop purchases Brooklyn's services for a night, it seems like any other assignation. But the pair form an unexpected bond that grows into something more. Brooklyn hesitates to call it "love"—such things do not exist between freemen and slaves—but when Nathaniel reveals that he wants to help get Brooklyn's conviction overturned, he dares to hope. Then, an accident in the ring sends Brooklyn on the run, jeopardizing everything he has worked so hard to achieve and sending him into the most important fight of all—the fight for freedom.

Overall
What I love about Voinov's novels is that they are like a steak dinner, meaty and filling, so you sit back when you're done, pat your stomach, smile, and say, "That was delicious." Of course, I'm so satisfied that I don't even know where to begin in describing what made the meal so excellent. Was it the juicy steak (plot)? The perfect use of spices and seasonings (character)? The glass of wine that complemented the flavors in every bite (the sex)? Or maybe it was the small dessert at the end, the perfect way to top off any meal.

Counterpunch was another gloriously satisfying meal. Taking place in the Belonging-verse already established through Rachel Haimowitz's Where He Belongs and Anchored, it expands the world from beyond United States borders. Despite the pre-existing world, Voinov doesn't take the reader's knowledge for granted and he seamlessly flows world and culture information into the story without dumping it all at once. The same is true for facts about boxing (which I know nothing about).

If you are looking for a meaty plot with a good mix of sex and hard emotions, then pick this up!

Strengths
Although Brooklyn is by no means a perfect character, his weaknesses make him human and any negative traits are balanced by his guilt for his involvement in a young woman's death, and his struggle to maintain his humanity by not losing his identity and "becoming a slave." While he's rough and distant in the beginning, it's easy to empathize with his crappy situation. When Nathaniel is introduced, the reader begins to see another, hidden, side of Brooklyn, broadening his likeability.

Most of the characters have multiple layers, even the minor ones, giving depth beyond the main pair. Characters are "good," but still human and make mistakes, take offense, and get revenge. The dynamic of all the characters together helps bring this dark story to life and throws rays of sunshine in along the way.

The plot, and its different strands, all weave together to form one cohesive plot. Something mentioned once in passing could later be used for an important plot point. The casual and yet dramatic way Voinov unveiled the story left me curious about how everything would unfold and eager to find out while enjoying each scene along the way.

Finally, I am not a boxer, nor do I find much thrill in the sport, although I can see how the brutality and power is attractive to some. That said, my greatest concern with reading this book was its focus on boxing and the sport's importance to the story. However, I found the scenes, both in the ring and just for Brooklyn's training, to be accessible, especially since the reader is given his perspective, personalizing the fight and the underlying emotions.

Weaknesses
For some, the fact that this isn't a traditional romance will make it less enjoyable, but I feel this has a strong enough romance thread that it satisfies all but the hardest classically romance fans. In addition, the ending may or may not satisfy some readers, but this is more a matter of personal preference than a failing of the novel.
Posted by Unknown at 18:34