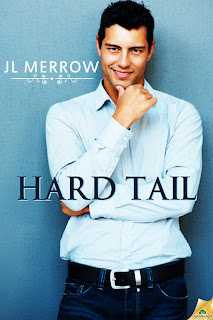 Length: 248 pages
Blurb
"Finding love can be a bumpy ride."

His job: downsized out of existence. His marriage: on the rocks. It doesn't take a lot of arm twisting for Tim Knight to agree to get out of London and take over his injured brother's mountain bike shop for a while. A few weeks in Southampton is a welcome break from the wreck his life has become, even though he feels like a fish out of water in this brave new world of outdoor sports and unfamiliar technical jargon.

The young man who falls-literally-through the door of the shop brings everything into sharp, unexpected focus. Tim barely accepts he's even "in" the closet until his attraction to Matt Berridge pulls him close enough to touch the doorknob.

There's only one problem with the loveable klutz: his bullying boyfriend. Tim is convinced Steve is the cause of the bruises that Matt blows off as part of his risky sport. But rising to the defense of the man he's beginning to love means coming to terms with who he is—in public—in a battle not even his black belt prepared him to fight. Until now.

Overall
I've been wanting to read this for a while, since it came out and I’d heard plenty of positive reviews about it. I was not disappointed. I read it all in one night (You know, “just going to read a little before bed”...and then at 2 o’clock in the morning you finally put it down). It didn't blow me off my feet, but I thoroughly, thoroughly enjoyed it. It's sweet, funny, and a little bit awkward. It's a feel-good story that has struggles, but never gets too angsty. Definitely worth a read.

Review
There is no one part of Hard Tail that stuck out as being especially brilliant. Instead, it's one of those hinky little stories where all the pieces fall together into one cohesive tale that works brilliantly.

It's an interesting mix of characters, and even those I swore I wasn't going to like ended up growing on me until there was really only one villain, and he's a villain through and through. Matt is the happy-go-lucky type, all kindness and friendly, balanced out by Tim, who has become a bit of a stick in the mud and is down on his luck, having lost his job and his girl. Tim's mum bothered me to no end, until we're given a greater understanding of her character, and then she's just annoying, not overly annoying. It felt like a pretty standard family.

There is very little drama. Or perhaps I should say, there is a completely reasonable level of drama. The characters and the plot are very realistic, not relying on over-the-top dramatics to brew an interesting story. Instead, the quirky narrator and crazy cast of characters give livelihood to what could be a very mellow story.

This book is one I see myself returning to again and again, simply because it's an enjoyable read with a fun narrator. It won't leave you on the edge of your seat, but it will bring a smile to your face.

SPOILER
*
*
*
*
*
Some of the end could be read as being too easy, too much of a happy ending. It was all very neat and tidy, but I didn't feel like this story was meant to be too much of a struggle. The self-acceptance and confidence of the two main characters is the focus, and they are rewarded for their achievements. Because of this, I didn't mind, but people who don't like the too-neat endings may find it unsatisfactory.
Posted by Unknown at 07:41