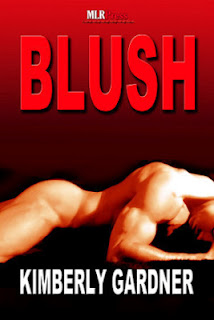 Length: 70 pages
Blurb
Once Vinn might have believed that vampires were nothing but legend and myth. But when his life is threatened by a legend, it takes a myth to save him.

Overall
Fair to middling writing, this story is classical vampire and thus somewhat unoriginal in its telling. Evil vampire wants young thing's blood, good vampire must protect him, even if it will cost him his life. That said, it was a fairly enjoyable story with some sexy times.

Review
Despite the resolution of the major points in the plot, there were some gaping holes by the end of the story. The role of Vinn's professor seems to be broached and then cast aside with no real purpose aside from reiterating the positives of the bloodstone (for both the reader and Vinn, but if you can't trust what your vampire boyfriend has to say about it, who can you trust?). Her involvement for that one scene seems to indicate an importance that is never really played out, despite raising several questions.

Another problem I had was the ending, which seems to be saying something different than the previous scene would indicate was going to happen. While the end result can be guessed from the beginning, I felt jarred by the juxtaposition between what was said and what happened. Plus the ending felt tagged on in a too-happily-ever-after way. Cutting the last scene would have left the reader hanging, but would have felt like an appropriate ending to me.

Travis is a nice addition to the story, a considerate friend offering good advice that Vinn listens to (mostly). He's also a good knowledge source later in the story as everything falls apart.

This story mainly serves as a sex-centric story with an overall plot and classic vampires. Readers looking for this type of story will find an enjoyable nugget, but otherwise there isn't much meat here.
Posted by Unknown at 07:49