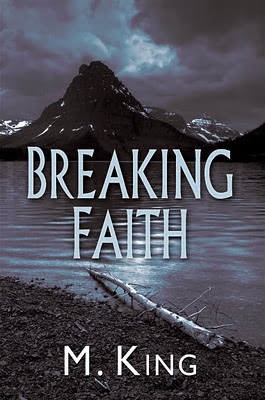 Length: 250 pages
Blurb
Brett Derwent thinks he has life all planned out. With the freedom of college life just months away, Brett’s eagerly awaiting some fun and independence… until he meets Tommy Hawks. Over the course of one northern Montana summer, an intense romance blooms between the young men, but Tommy has a painful secret—one that even first love can’t mitigate. Continually brutalized by his violent father, Tommy is pushed to the edge, torn between the desire to protect his mother and four siblings, and his fear of losing the love he never expected to find.

When the unthinkable happens and Tommy’s father is found dead, Brett is afraid to learn the truth. Appalled to think that his lover may be responsible, Brett must face impossible questions: how much of his life—of his youth—is he willing to sacrifice for Tommy, and will having faith in him be enough?

Overall
A powerful, moving story that follows two young men as they face cruel realities and the struggles of love and trust. While this tale starts off innocently as two first meet and begin to explore one another, it expands into something more, as a simple young romance is tested by external and internal forces. I enjoyed both parts of the ride, from the young love blooming to the rocky ride that follows.

A well-written and constructed piece filled with enjoyable, human (and flawed) characters and compelling emotional turmoil, this is a story that doesn't let you know until the very end if its going to have a happy ending.

The struggles these characters endure and survive are more than I can imagine, and hopefully will never have to experience. But the despair and desperate hope they feel is something that most people can relate to. Because so much of this novel is a struggle against the inevitable, Brett's determination is beautiful and inspiring, a thread of silk for Tommy to hold onto when he's had to fend for himself for most his life. What are you willing to risk for love? It's a question Brett faces and answers, with surprising results. Although his attempts are not always victorious, his strength and spirit made me smile, even while I felt the same aches he did as it happened.

The emotional pull of this novel is perhaps what made me enjoy it the most as the combination of characters, situation and writing sucked me into the story and held me there, anxiously reading what happens next.

Weaknesses
I didn't really feel this book had any weaknesses, although there are two points that I would caution to readers who are one, looking for a bright, cheery book or two, hate anything that could possibly resemble dramatic life choices based on a lover you haven't known nearly long enough.

This story is not a completely happy one. There is a lot of trouble and hard emotions (I wouldn't say angst, though). For much of the later half of the book the reader is fighting (along with the characters) for their relationship but it's not clear if they will survive. It makes for a great read, but not if you're looking for a pick-me-up! I felt the resolution was pretty clear, but with everything that happened in the novel, there is always some flexibility with how it's interpreted.

Also, while the story doesn't have Insta-Love, it does have teen love that goes to some pretty far extremes (which I felt were reasonable, considering they are teens and it is pointed out within the story context). Just a warning, if this is a problem for the reader.

Requested this book for review.
Posted by Unknown at 22:03