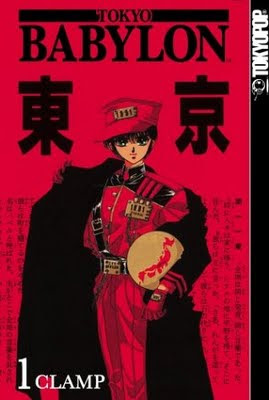 Overall
Originally I saw the anime that is based on this, and was amused, but not really impressed. However, my friends promised the manga was better and they loaned it to me. They were putting it lightly! Although the majority of the volumes are about Subaru's job putting restless spirits to peace, within the stories is the development of the relationship between Subaru, his sister, and their friend Seishiro.

Each volume only took about 45 minutes to read, as they were fast paced and interesting, not rambling on and on and on about something that the reader quickly didn't care about. While the story takes place toward what is soon to be the apocalypse, none of that is really mentioned in the series, although it does lend a darker theme to the stories.

Strengths
Aside from some of my frustrations at the end of the series (see below), I really enjoyed the storyline. Although there are plenty of Japanese cultural references, the authors do an excellent job of explaining everything as the events unfold. The individual “one shots” are interesting enough to keep the reader's attention while still progressing toward the over arching story, which unfurls rather quickly in the last one and a half volumes. The beginning works to build the characters so that the reader cares for them, making the ending all the more poignant.

Speaking of characters, I really fell in love with Subaru and Seishiro, and although Hokuto annoyed me at the beginning, even she redeemed herself. The development happens over five or six volumes mainly, although many revealing facts aren't told until the final volume. These are fun characters, and even with designs that aren't really to my liking, they were enjoyable to follow.

Weaknesses
This isn't a complete weakness, but the end frustrates me. It is concluded in some aspects, but I also know that there is more to the story, as seen in the X anime, which I will be seeing.
Posted by Unknown at 21:02