The Lion of Kent by Aleksandr Voinov and kate Cotoner 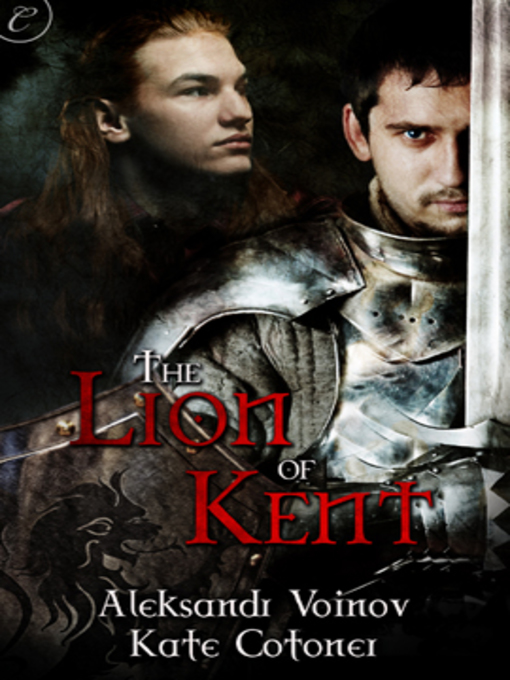 The Lion of Kent by Aleksandr Voinov and Kate Cotoner
Stars: 4.5/5

Overall:
I was very impressed with this novel, not that I went in with low expectations, but I was just pleasantly surprised. It never struggled to be something other than it was, and it excelled at what it did. Plot, characters and writing were all well done.

What I liked
Cover Art. Rarely do I find books in the M/M genre to be enticing, but the knight staring me down on this cover was hot. The cover was telling without being abusively obvious, leaving the reader intrigued and curious to read.

Characters. Our characters were men of the manly sort, rough and tumble. They were knights and squires, earning their keep with their swords while keeping loyalty to their lord and master. Of course, some men find different ways to show their loyalty...

Plot. We enter these tales wanting a love story, but this novel balances out the love story with a deeper plot involving deception, desperation, and politics. It gives details without being overwhelming and works within the parameters if it's story. Overall, well constructed.

Romance. After our second “hot” scene, I was worried about the romance. The sex felt almost demeaning and I was hesitant to read more of it. I was rewarded by Sir Robert explaining his actions and making up for them to great satisfaction (all around).

Writing. The writing was smooth so that you don't realize you're reading good writing until you go to write a review and think, “I'm missing something.” The language use mostly felt time-appropriate, as did behaviors, thoughts, and flow of language (giving a sense of the period without being bound to it).

What didn't work
I think my only complaint is whenever they mentioned Constantinople the They Might Be Giants song played in my head.

The reason it only received 4.5 stars instead of 5: I enjoyed the story, it was strong and well done with a enclosed plot, developed characters, and enjoyable scenes. However, I never connected with the main character on a deep level that moved me emotionally to ache when he ached and squirm when he squirmed. Part of this could be because he feels more honestly written like a man than some other stories, so isn't overtly emotional.
Posted by Unknown at 16:38