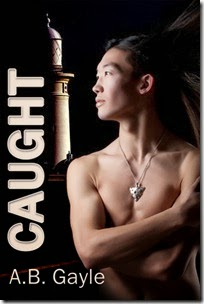 Length: 122 pages
Blurb
When Daniel's invalid landlady asks for his help preventing a possible suicide from the clifftop near their home, he doesn't want to disappoint her. So he grits his teeth, picks up his camera, and goes out to play the Chinese tourist. He's done it before: befriended the lonely, lured them away from the danger zone, acted as a safety net.

This time, the figure staring out to sea is way out of his league, his complete opposite, the sort of man Daniel's always admired from afar. Then the attractive Taylor turns the tables and lures Daniel out from behind the safety of his camera, and as Daniel finds himself fighting off an attraction he can't deny, he realizes he's in danger of being caught. Will the camera expose truths about himself that he wants to keep hidden?

Overall
A fairly delightful story that suffers from a hardcore case of Insta-Love. Otherwise, it’s enjoyable, sweet, and has a warm message at the core.

Review
I enjoyed this tale from beginning to end, but it also made me roll my eyes something fierce. If you believe in love at first sight, then you’ll be fine, but if not...tread carefully. I still think the story is worth reading, but these two men fall hard and fast for each other (and I don’t just mean in the bedroom!).

Daniel and Taylor have a great dynamic, although sometimes Taylor toes the line with his bossy-ness (but never crosses it). They bring out the best in each other and their interactions show an honest connection that can easily lead to love. I just thought the leaps there were a little fast.

Still, the unfolding story, the ex, the motivating introduction--these all built up a pleasant, although oftentimes dark, story that played across my ereader delightfully. The passion of these two men, at their pasts, each other, and jerk exes, were great. However, the problems I had with it (which was rather pivotal to the storyline, or at least was a focus) couldn’t bump it above a 3-star rank, although I couldn’t go any lower for this little gem either.
Posted by Unknown at 10:19