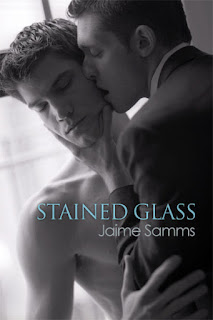 Length: 214 pages
Blurb
The violent implosion of Lawrence McKenna’s last relationship left him floundering at the bottom of a bottle. Recently unemployed and struggling with his newly discovered submissive tendencies, Laurie needs his best friend, Jeff, more than ever. One sleepless night of detox and a desperate kiss convince him that the attraction they’ve battled all their lives has become too hard to ignore, but Jeff has other responsibilities that take him far away from Laurie and his self-destructive behavior.

When Jeff leaves, all Laurie wants is to be left alone to wallow. Instead, he finds himself riding herd on his friends who have quit their jobs to achieve their dream of starting their own manga publisher. Those same friends return the favor by riding him: about the booze, talking about what happened, seeing a doctor—and about Jeff, whose abandonment left Laurie bitter and resentful. Laurie knows they can’t have a relationship without forgiveness, but when Jeff returns, can he be what Laurie needs?

Overall
A very different kind of romance that focuses less on the main relationship and more on one man's struggles to recover from alcoholism and his past.

Review
Readers looking for a kinky romance should go elsewhere. While kink is involved, this story centers more around psychology and overcoming life obstacles than it does kink. And while romance plays the guiding light, it's also secondary to character development and maturation. In many ways, this isn't a romance at all.

That said, I still think this was a good, if not great, book.

It’s confusing, and some readers may not like the storytelling style where the truth is slowly discovered as the author peels back the layers. Like an onion, not a parfait. In the beginning everything seems fairly clear, but as Laurie is more honest with his friends and himself, the reader gets to see more of the story and gain a greater understanding of Laurie’s last relationship and his own faults. While I found the slow discovery somewhat difficult, it also felt very real. Friends judged what happened without all the facts.

By the end I felt I was left with a fairly clear picture of what happened and how everything was resolved. I was pleased with the conflicts between Jeff and Laurie and how they were handled. People weren’t perfect, but they weren’t just jerks for the sake of being jerks either. The depth and variety in all the characters meant that no matter who Laurie was talking with, the reader was going to see a different part of him and a different part of the other character.

I don’t think this story will be for everyone, but readers who do venture forth will find an internal and external struggle worth working through for the satisfying resolution.
Posted by Unknown at 16:13