The Christmas Throwaway by R.J. Scott 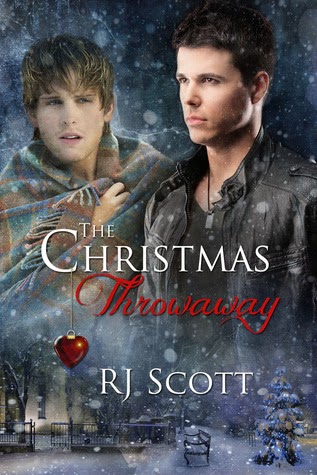 Length: 73 pages
Blurb
Christmas is a time for giving - what do you do when no one gives a damn?

For Zachary Weston Christmas means sleeping on a churchyard bench in the freezing snow with nothing better in his future. Thrown out of his home for being gay, he is left without money or, it seems, anywhere to go.

Until a stranger shows him that some people do give a lot more than a damn.

Ben Hamilton is a rookie cop in his small home town. He finds a young throwaway, fresh from the city, sleeping on a bench in the churchyard on a snowy Christmas Eve. Can he be the one to give Zachary his own Christmas miracle?

Overall
A sweet sort of holiday tale that I found to be too easy and kind of questionable about certain events. It was enjoyable, but like mindless television.

Review
There was a lot about this story that I wanted to like, but too much was hard for me to swallow. I liked Zach and Ben, and while I found their meeting and the sequence of events a little brow raising, it wasn’t enough to turn me off the story. The Christmas part of the tale worked the best, and while I was glad to see the rest of the story unfold, it made the pacing unbalanced.

The first 75% of the story is the first winter they’re together, then it jumps months at a time. It’s difficult, because it does resolve some plot points that were good/necessary to see through, but it also felt like an excuse to have lots of sex, plus the jumps felt more stilted than the rest of the story.

Along those lines, sometimes the writing felt a little stilted too. There was some adjective abuse. Normally it doesn’t really jump out to me, but one line in particular illustrates that: “Jesus Christ,” he cursed bluntly.

If the character is cursing, it’s probably blunt (especially in the surrounding circumstances), and in the situation, explaining that “JC” was a curse wasn’t needed either, although I could let that slide.

In addition, the characters tended to internal monologue and describe instead of acting. To some degree, hearing the character’s thoughts was necessary, but in other instances it just explained what the reader already knew, or described why a character was doing something (when the action itself made it apparent).

So this is a tough one, because I liked the story that Scott told, but I also had some problems with it as well, mostly in the style and craft elements, which other readers may not find problematic.
Posted by Unknown at 12:01