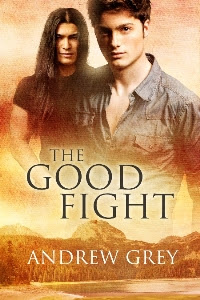 Length: 200 pages
Blurb
Jerry Lincoln has a problem: his Sioux Falls IT consulting business has more work than one man can handle. Luckily, that means he can hire some help. Jerry just hopes his new employee, John Black Raven, ends up being more helpful than distracting—but John’s deep eyes and long hair are very distracting.

John came to town for an education and a chance at a life he couldn’t have on the reservation, but what’s important to him now is getting a job and keeping it. Six months ago, his sister died, and now her children are in foster care. Despite having the law on his side, John can’t get custody—can’t even see his niece and nephew.

As Jerry and John grow closer, John discovers he doesn’t have to struggle alone. Jerry helps him win visitation rights and provides much-needed support. Yet their victories aren’t without setbacks. Child Services is tangled up with money, politics, and red tape, and Native American children are their bread and butter. But John and Jerry are determined to fight the good fight and to win—in more ways than one.

Overall
A classic Andrew Grey romance with an interesting story that touches upon specific topics I don’t see much in this genre. The unique elements definitely added to the story.

Review
I'm not a huge fan of Grey's writing style, especially during sex scenes, but I can't deny he does standard romance well. And while many of the stories I've read by him involve a dramatic climax, I found this story to be refreshing in that the conflict happened over the course of the book.

In addition to the main struggle between John and children's services, there were also multiple minor issues that kept the story flowing at a steady pace, including whether to date an employee, cultural differences, family acceptance, and being gay in a small town. Not all of these themes are challenges they have to actively face, but they all play a part in creating the men we see on page.

Some of the best, and necessary, moments of the story involved racism, both against natives and against whites. ("Evil White Woman" as a nickname was great.) This did an excellent job of showing that racism works both ways (although some degrees of racism seems more reasonable), and also worked to open the minds of both sides of the race barrier, not just one. Because people are people, no matter the color of their skin or their culture.

While children in stories often play a background role, Grey did a nice job of involving the children without overwhelming the story. They were a central point of the story and necessary to its progression, but they were balanced in the writing, and in their personalities, adding flavor, not distraction.

I think my biggest qualm with the storyline was at the very end, when one character is gay that I felt would have worked better as straight. While there's nothing wrong with the character being gay, and possibly makes the support he offers “make sense,” I felt it also made the resolution there feel less solid, as if his support (and that of the group he represents) of the situation was only because he was gay. I don't think that's what Grey was saying, but it left the ghost of that impression when I read it.
Posted by Unknown at 16:56